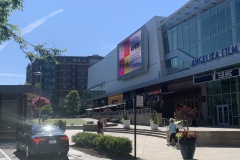 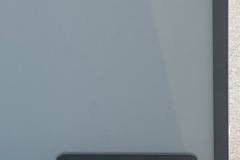 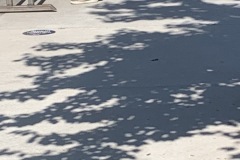 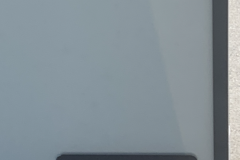 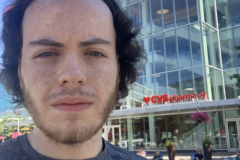 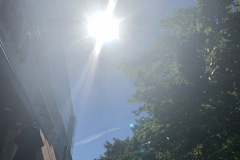 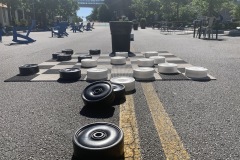 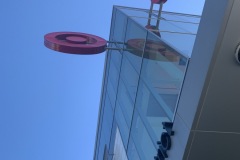 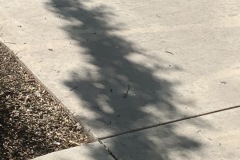 Going on in order I will explain each of the photos. The first photo represents “something futuristic”. The reason I thought this photo represents the future, is because I believe this is going to be the future of what most places will look like. Very bougie, sleek, with expensive apartments that don’t give you room to breath. They design these luxury areas in plain Jane neighborhoods to improve economic activity.

The second photo is dominated by a single color. The reason I chose to take this photo is because the purpose is supposed to be a single color domination, but notice that your focus went towards the black text that tells you where you are instead.

The third photo I felt very uncomfortable with and it took a chunk of my time. I was to find someones foot and take a picture of this. Although I totally was being a person in broad daylight attempting taking pictures of feet, I was able to score this one. I had to be very discrete so people did not think I was some sort of creep. Like the second photo, the main focus on here is not the objective, it is the shadow. Because of this photo, it took a lot of time and I was not able to complete the challenge in time.

The fourth photo is the solution to a mistake I made. I forgot to take a beginning photo to show the time, so instead I screenshotted the first photo, showing its timestamp.

The fifth photo is a selfie of yours truly. The only purpose of this is to show that 15 minutes later, I’m still here and that I failed the challenge

The sixth photo is a point of view shot of the sun from a person’s view. There was no need to have bright lights in an outdoor setting, so my only option was to use natural lighting. This photo also represents my frustration with the bright sun because I drove the location in my moms car and my sunglasses are in my car.

The seventh photo is a trash can playing chess. I had a hard time coming with making an inanimate object look alive. So What I did was a put this trash can in front of the chessboard to make it look like its contemplating the next move. I got some stares when taking this photo.

The eighth photo is my most badass photo. I was to take a photo from an unusual angle. The two target logos are meant to stick out and be seen from afar, when driving. Instead, I broke the purpose of the hanging logos and represented them in a way they are not meant to be used. The reason I think this is badass is because you are able to see one of the target logos reflect in the luxury glass.

The last photo is this interesting shadow. The reason I thought this shadow was interesting is because it looks like a tree. This shadow is from a branch but if I did not mention that then you would think it is a tiny tree that is about to get knocked down by wind.

This activity helped me understand the concept of visual literacy. It is not specifically about the photo, but the process, the execution, and the meaning all help give this photo a story. In TV production, we just aim and shoot what we are told, we don’t think about visual literacy, it is interesting to use the same tools to think critically.